The Woolhope Club is the society for people of an enquiring mind interested in the county of Herefordshire, though many of its members live outside the county and its yearly journal (the Transactions) can be found in libraries across the world. The Club’s interests include archaeology, geology, history and natural history. Most of its activities are based in Herefordshire and the Marches and this is reflected in the topics covered in our journals, but some expeditions are made further afield, occasionally outside the UK.

Members come together for lectures in Hereford during the winter months and go on excursions during the summer. The Club often visits places not accessible to the general public. The Woolhope Room in the central library in Broad street in Hereford was originally designed as a meeting place for members. It houses the Club’s library and librarians are available on Thursdays but it is also used for non-Club activities. Members can use the library when the room is free. Non-members are welcomed as guests at the winter lectures and on field trips, but have to pay a small supplement for the latter for insurance reasons.

Our oldest members joined the Club in the 1950s and it’s true that membership of the Club seems to promote a long life. This may be the reason why membership numbers have remained remarkably constant at around 600. 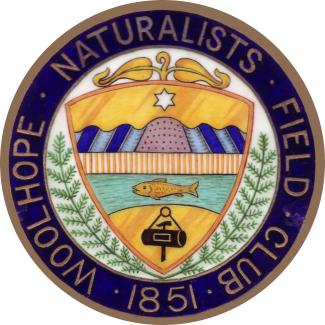